A Film by John Badalamenti and Jessica Maxwell 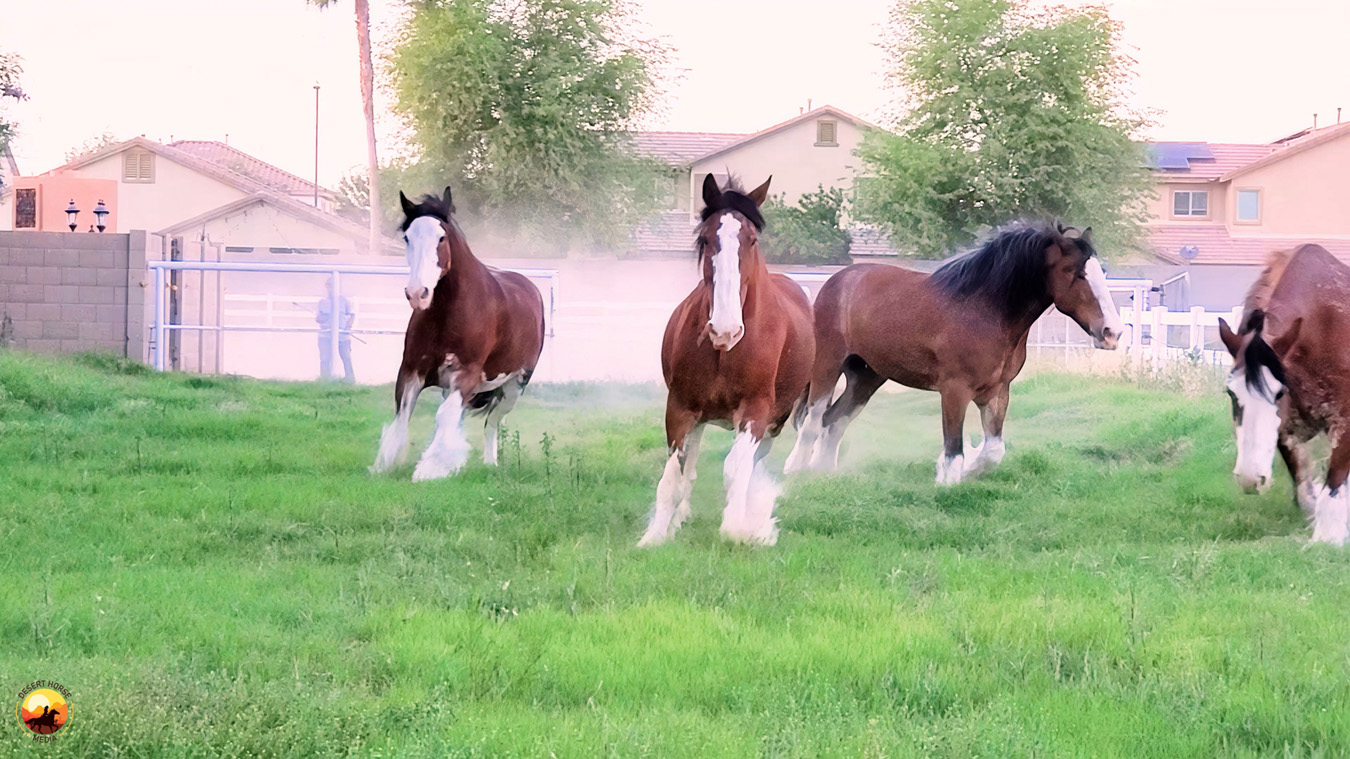 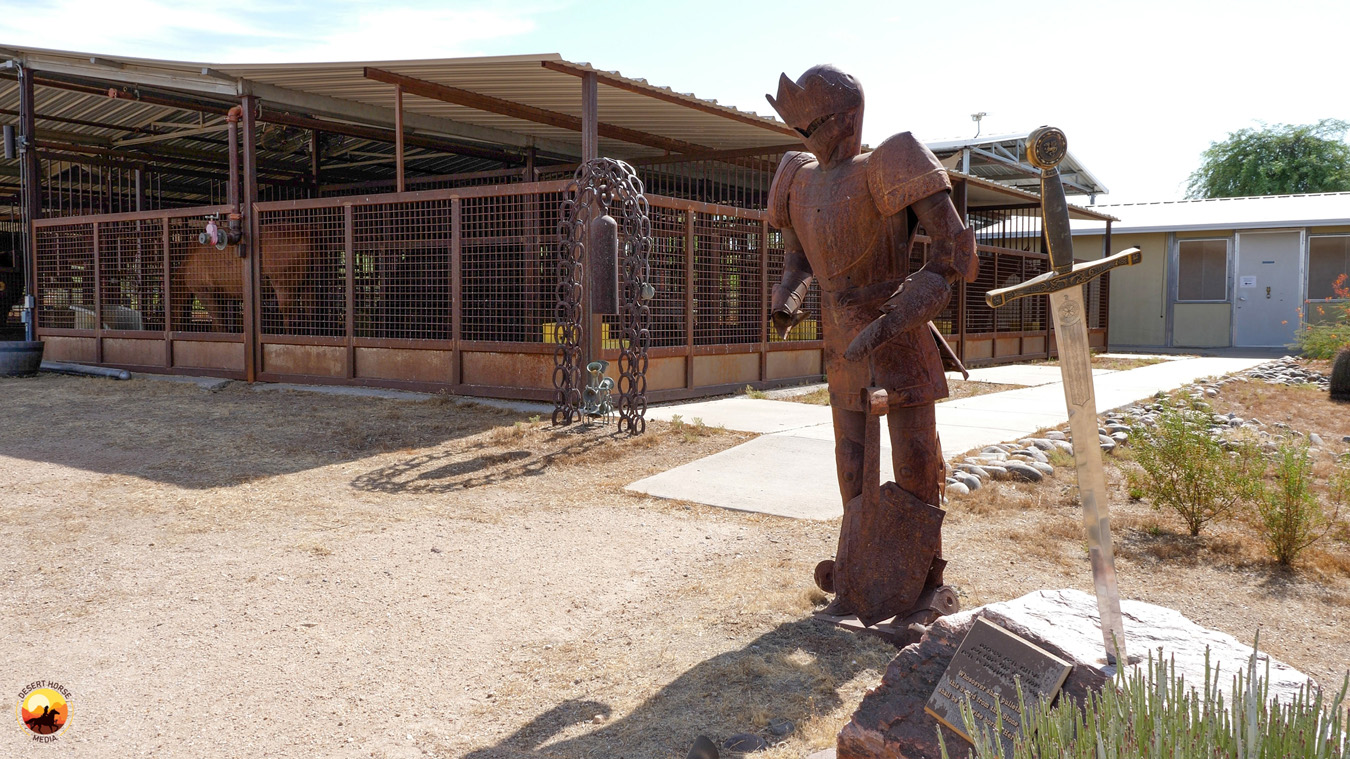 Film Description: Horses and humans have had a long-time connection, an indescribable bond. Horse Heroes is based on a human-horse inter-relationship. Shot entirely in the Phoenix, Arizona metro area, the film features two 501c3 non-profit Arizona horse farms, Rebecca Stivers, Director of the USA Clydesdale Preservation Foundation in Gilbert, AZ – with the purpose of preservation of the “threatened status” of the Clydesdale breed; the other, Mary Hadsall, Director and Certified PATH International Riding Instructor of Camelot Therapeutic Horsemanship in Scottsdale, AZ – working with children and adults who have physical disabilities. Horses can act as an extension of the human body. One major difference between horses and our feline and canine friends is the connection and the way we can communicate with them physically in the saddle.

As this documentary has progressed it became important to highlight the woman in this industry and their knowledge and their stories because it is not something we see often, and we want to get this out to the public: The Woman Who Dedicate Their Life’s Work To Helping Both Horses And Humans Live Better Lives! 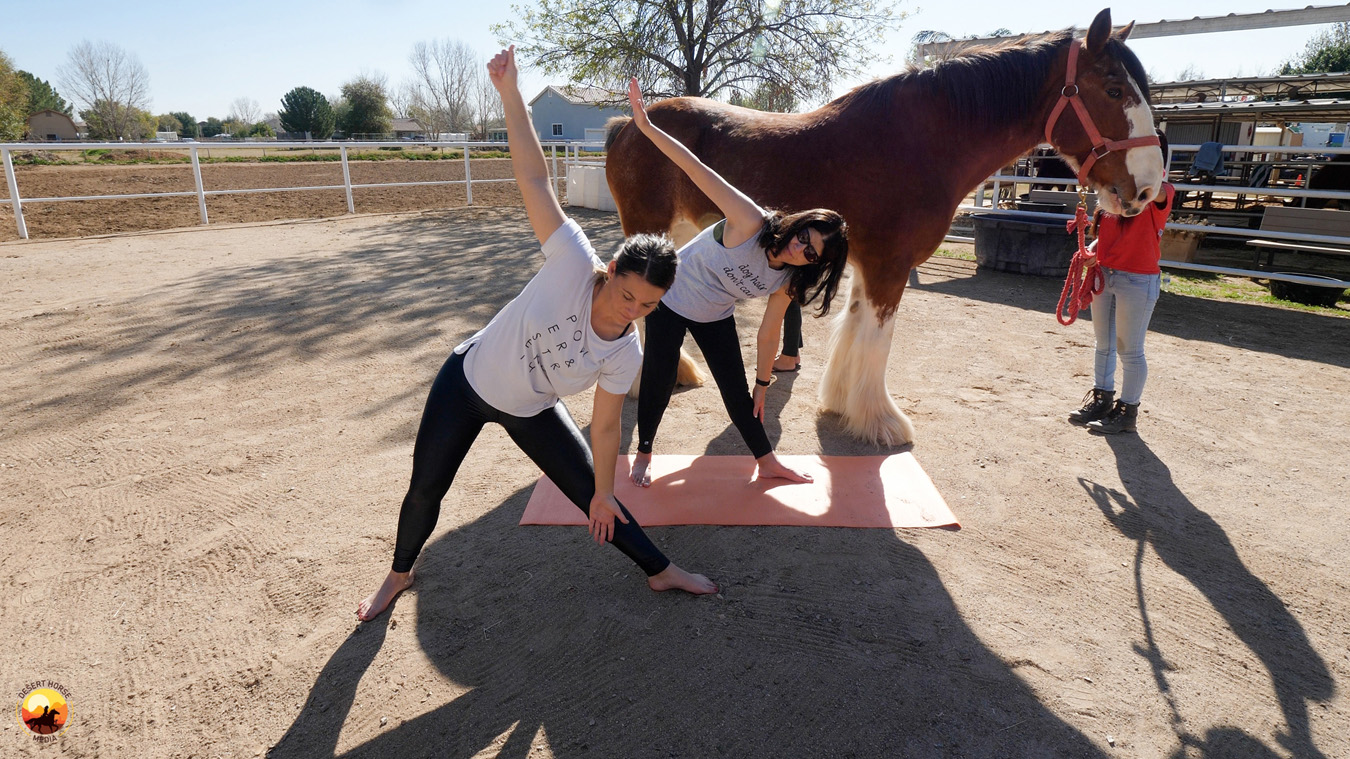 Jessica Maxwell, a board member, and certified yoga instructor (also a key collaborator in this film as writer and cinematographer) talks about bringing yoga to the foundation and how it allows people of all ages who may not otherwise be able to experience the Clydesdales to have the opportunity to get up close and personal with these “Gentle Giants.”

Intertwined throughout the film are pieces from an interview with Dr. Keri Brandt Off, a Professor of Sociology and Gender Sexuality Studies at Fort Lewis College in Colorado. She has studied human-animal connections and the relationship between humans and horses. We found Dr. Keri’s whitepaper and reached out to her for an interview as we felt her knowledge would tie the entire documentary together.

The Impact of Horses on Humans: Through this documentary, we have found whether it is the Clydesdale or any other breed of horse, there is something special to be found in the existence of this animal. These animals are truly making an impact on humans in many ways. The human-horse connection is something to be grateful for and appreciate from years past and cherished for years to come. This is something that the world needs to see to understand.

This topic is important for a few reasons, to begin with, the Clydesdale breed of horse is at risk, we do not have much time. One of the reasons for this film is to raise awareness about Clydesdales who have helped humans farm, they were there for us during the war and so much more. Women and horsemanship are not as well-known as the men in the industry, and we want to get this story out there. This is a story of two incredible women; Rebecca Stivers and Mary Hadsall (to direct right of the horse), who have started successful non-profits to benefit horses and humans and the connection between the two. 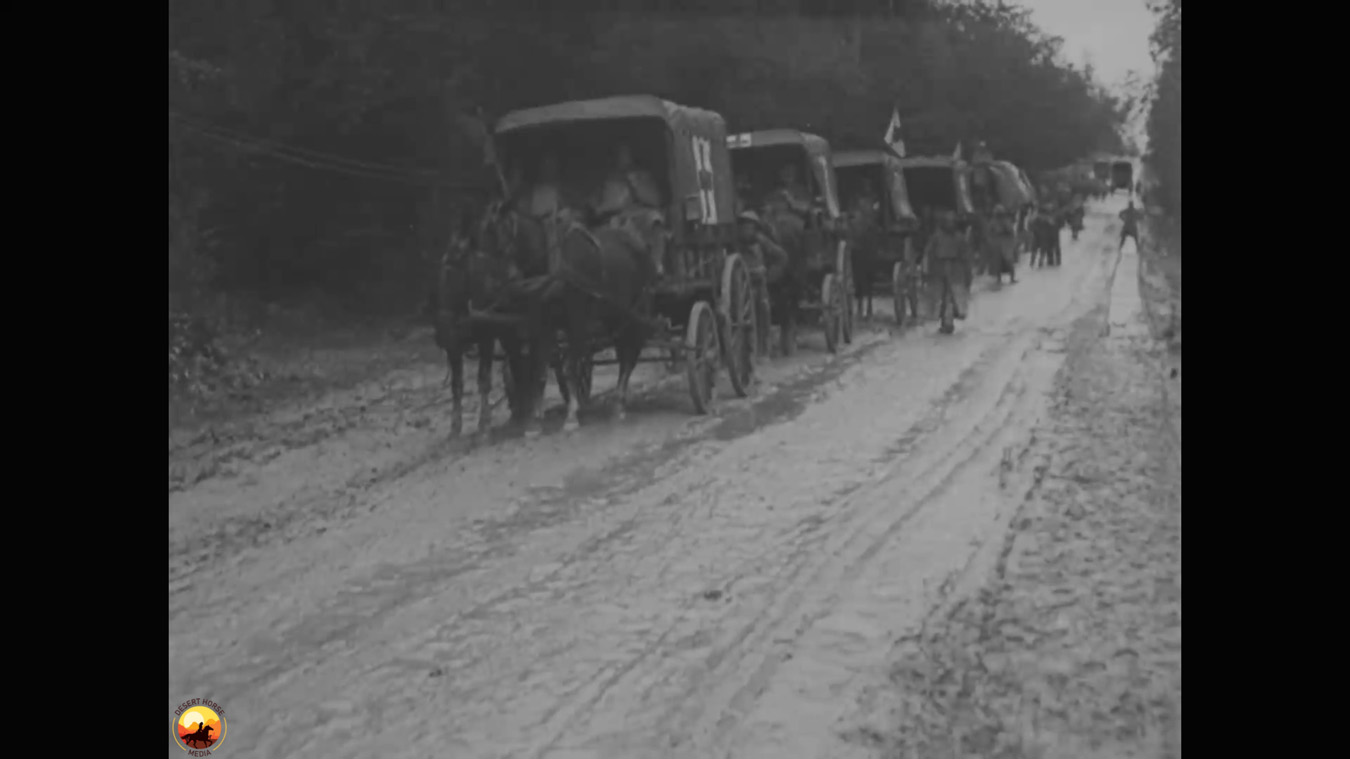 For thousands of years, up until the industrial age, horses were a part of everyday life, a necessity. Horses were used in war, chivalry, transportation, farming, they carried our goods, delivered our mail, and were our ambulances and fire trucks. They were an integral part of helping America develop as a country.

The Key Elements of the Film: The film is an emotional one that tells a story. The film starts in a river in Tonto National Forest where we film wild horses. Before each act, we film a B-roll of the city where each farm is located. After the introduction, we transition to the Clydesdales that are a threatened breed. We get up-close video footage of their giant hooves, move into the day-to-day at the farm. 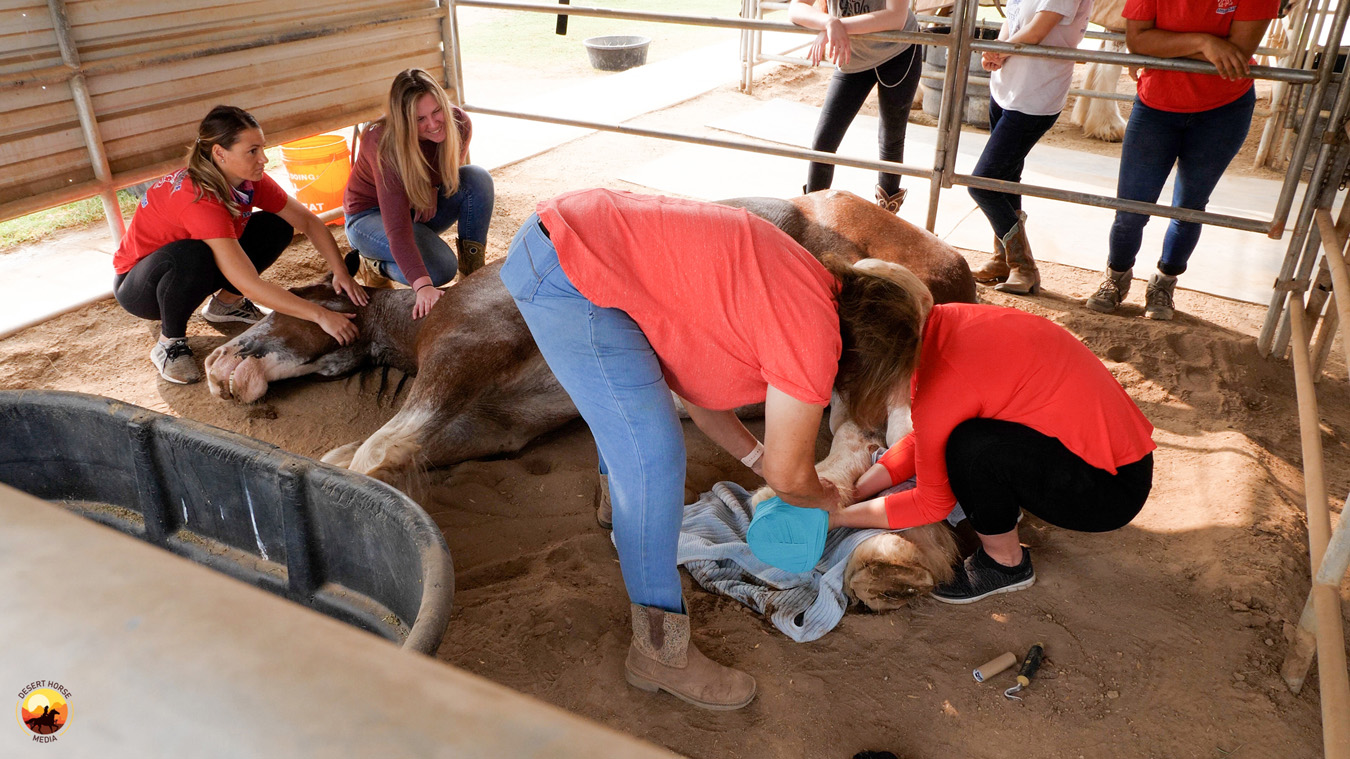 In Act 2 of the Clydesdales, the film gets more intense as we watch the Clydesdales’ stress as fireworks unfold, we choose clips (black and white) from the archives from the war days and the stress they were under during that time.  There is a scene where volunteers are helping bandage an injured hoof.

After the Clydesdale Act 1, we move into documenting Camelot, on the property we use drone footage since Camelot is located on 14 acres there are many gorgeous shots of the Arizona desert. 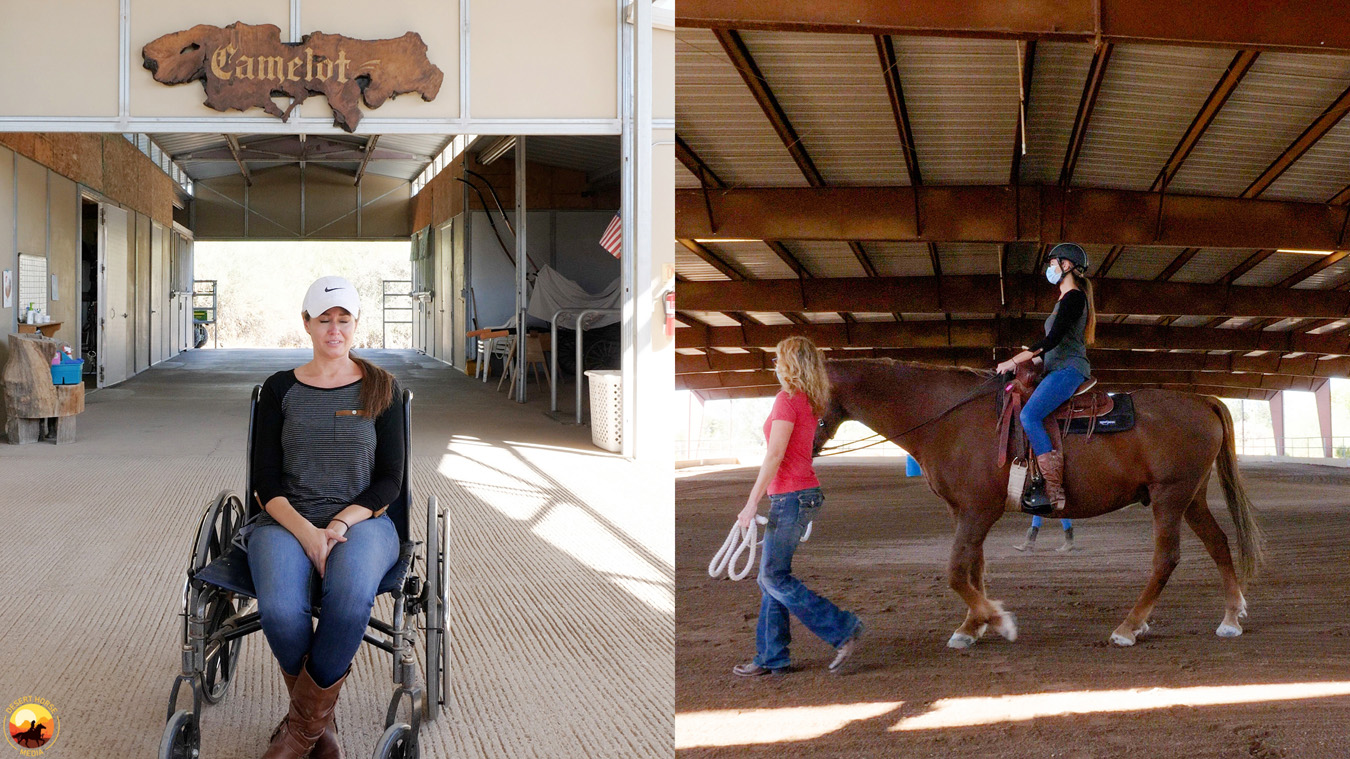 We conduct interviews with students, and they talk about the impact the horses and the riding program has made on their life. In Act 2 it gets very emotional as one student talks about having to relocate to Arizona for her husband’s job and she doesn’t know anyone, and this program has given her a sense of community. Throughout the film, we use a voiceover from an interview with Dr. Keri Brandt-Off as she talks about her studies and the relationship between humans and horses.

The Film’s Production: We filmed this documentary over 14 months with production interruptions because of COVID-19. We recently completed the film in its entirety. The film’s pre-production, production, and postproduction were all entirely self-funded. Currently, we need “finishing funds” before we can officially release the film. 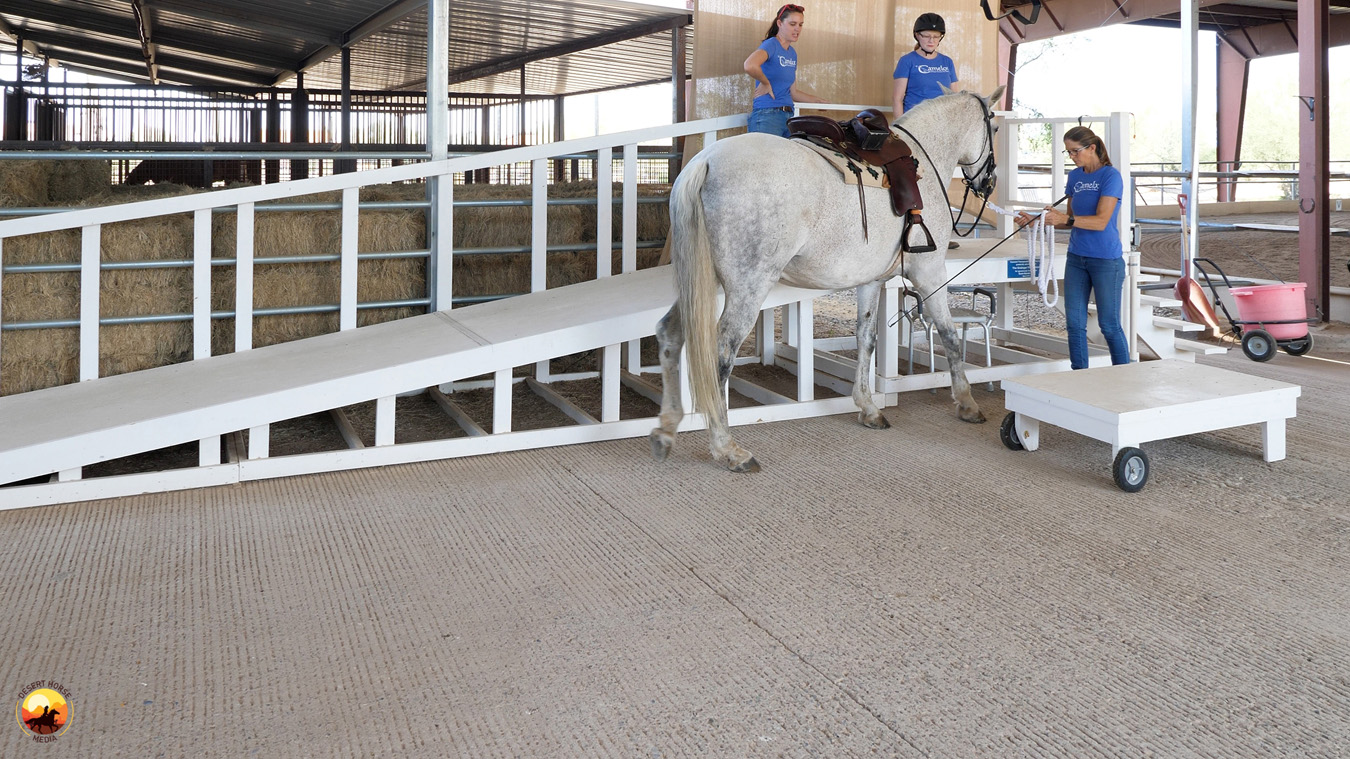 The Goal of this Documentary: Through this film, the goal is to educate people on the importance of horses and what they can do for our society. Horses are therapeutic animals, as we filmed this, we were able to recognize a general theme of not seeing as many women at the center of the horse world. The two women we interviewed are making a significant impact on the lives of others by introducing them to these horses. We believe that this film is important to see how these three women we call “Horse Heroes” are changing the horse world. 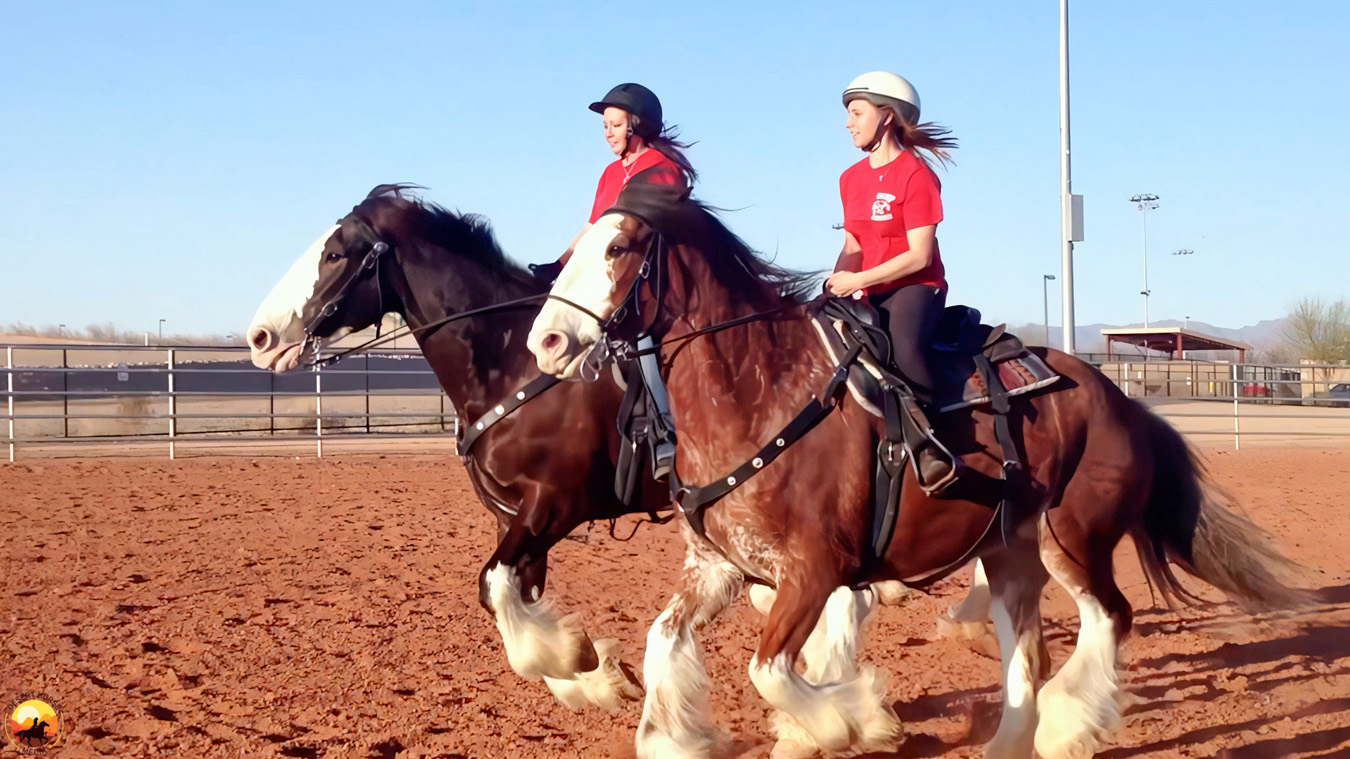 The foundation was created because of the low population status reported as approximately 5,000 Clydesdales worldwide. Currently, they are working on Clydesdale research that includes population, disease, and treatment resources for the Clydesdales. They host events such as barn tours, yoga, line dancing, bath days, and several others to raise awareness and get people to experience the Clydesdales. They also provide Clydesdale education to 4-H clubs, FFA, and schools (Elementary, High School, College, Pre-Veterinarian, and Equine Science). 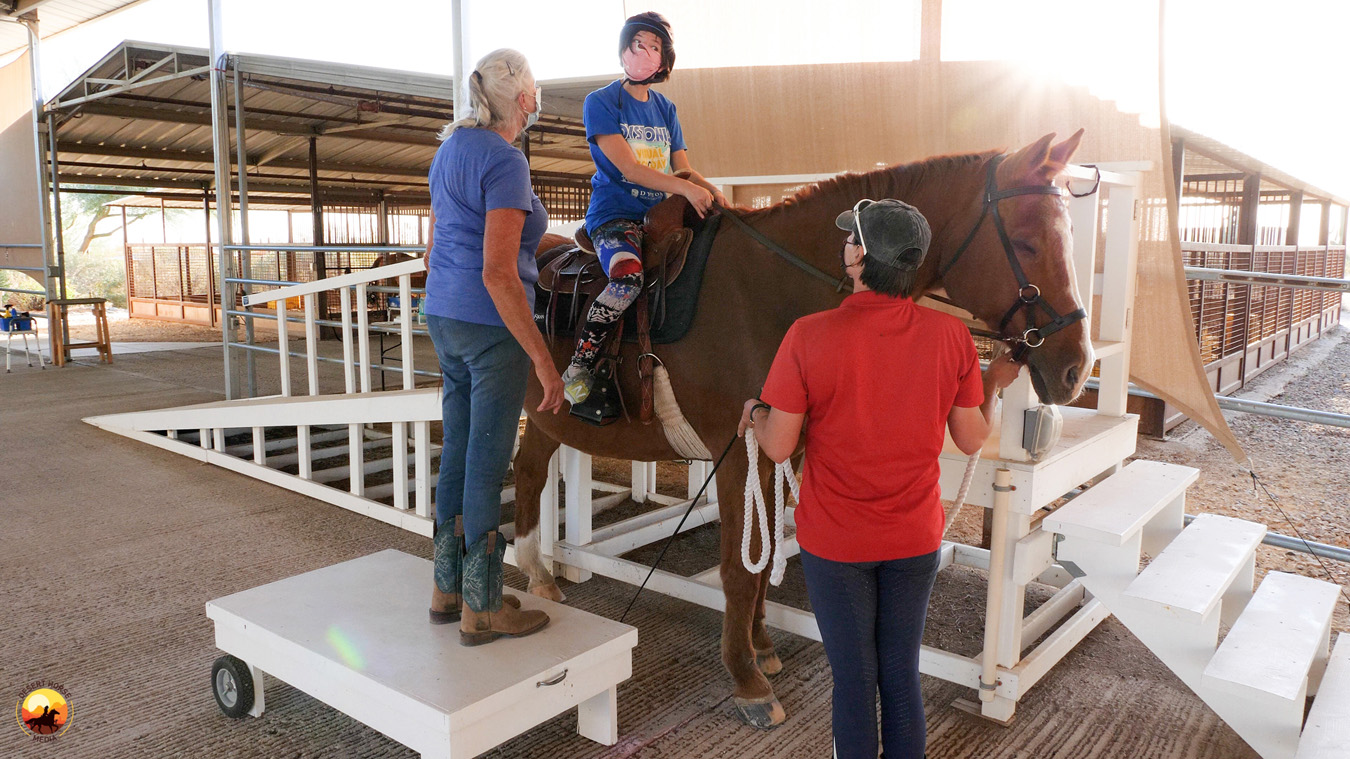 The Camelot Therapeutic Horsemanship’s mission is to improve the quality of life for children and adults with disabilities through programs of horsemanship and outdoor education, which develop self-worth, independence, and active participation in the community.

In Closing: We believe this film will educate children and adults alike. This story will provide insight to humans on the connection and bond we have with horses and the relevance they have in our society today.

John Badalamenti, Producer/Director of Photography, is a professional photographer/videographer and licensed FAA drone operator originally trained in color reproduction in NYC serving Madison Avenue Ad agencies. His passion for photography grew into shooting real estate photography, videography, aerial drone, as well as professional headshots, however, he felt he was missing his calling as a filmmaker. When he moved to Arizona from the East Coast several years ago, John decided to also do volunteer work at the USA Clydesdale Preservation Foundation which led to shooting several promotional videos for the organization.

Jessica Maxwell, the Cinematographer/Writer/Narrator, received a Bachelor of Science degree in Marketing from Illinois State University, where she first discovered her passion for film and videography. She was a Production Assistant for the athletics department at ISU. Later, she moved to Arizona and worked for a photography company where she took professional headshots of young athletes. Jessica currently is a volunteer photographer for the USA Clydesdale Preservation Foundation photographing their events. She became acquainted with John Badalamenti at one of the golf fundraisers for the USACPF, which they both photographed and filmed.

Keri Brandt-Off, Ph.D. is a Professor of Sociology and Gender and Sexuality Studies at Fort Lewis College, Colorado. She studied human-animal connections and the relationship between humans and horses; and how the two have communicated and bonded. In addition to providing advice on human-animal inter-relationships for this documentary, we filmed an interview with Dr. Brandt-Off (via Zoom) to provide viewers invaluable firsthand information on this topic, hence she appears in the film at key, relative points.